Oct 23 Posted by Lydia Rycroft in Meetings and conferences

A panel discussion took place on Tuesday at GHGT14 which aimed to provide an update of the CCS infrastructure in Norway and give an insight into how Norway's work can ignite future CCS projects in the EU. The panel included:

Bjorn-Erik opened the panel with an overview of the status of CCS in 2018 to highlight how Norway can fill the current needs in climate mitigation technologies. He emphasised that we know there is a need for CCS and now the business models and regulations needed to support its development are urgently required.

Liv-Margrethe gave an overview of the Norcem-Brevik full-scale CCS project which hopes to be at the operational stage in 2023. The project is technically feasible but depends on economic support. Their 'Zero Vision' of zero emission concrete by 2030 is described in their video: https://www.youtube.com/watch?v=Bh2E-AQI_Pc&feature=youtu.be

A video was presented by Eirik Folkvord Tandberg at Forum Varme. An overview of their CCS project on a waste to energy facility was presented. There is the potential for 400,000 tons of CO2 to be captured per year with 58% bio-CCS. A summary of the project is presented in Fortum's video: https://www.youtube.com/watch?v=LiI21h1XpVI

Philip gave an overview of the Northern Lights Project and the scale up potential for the storage aspect of the Norway full chain CCS project. Philip emphasised that CO2 storage is safe and highlighted that communication to stakeholders is key. Full design plans are set to be ready next year and several hydrogen initiatives are under evaluation.

David explained why Total are involved in the Northern Lights project and summarised the importance of carbon compensation in the long-term and explained how Total wants to pave the way to carbon neutrality. Total see CCS as one of the ways they plan to provide clean energy to their customers. Total have released a video outlining the Northern lights project which can be found here: https://www.youtube.com/watch?v=IM7yGTnGRgQ

Sue-Ern gave an overview of the Shell Scenarios released in March 2018 and Shell's plans to meet the goals of the Paris agreement. Less than 2 degrees is the goal Shell aim to meet and different pathways to reach that goal have been reviewed by Shell within these scenarios. The energy system today was discussed, and Sue emphasized that large changes in the energy sector are going to be needed in a relatively short amount of time leading up to 2050. Shell's plans to meet the Paris Agreement through the 'Sky Scenario' can be found on their website: https://www.shell.com/energy-and-innovation/the-energy-future/scenarios.html

Overall the panel reviewed the potential of CCS and how hydrogen can play an important role as a CO2 neutral energy supply. They also demonstrated how CCS is an integral part of company strategies such as Shell and Total. The panel emphasised that both the public and government will need to come together to build a narrative on how CCS is needed to meet the Paris agreement. 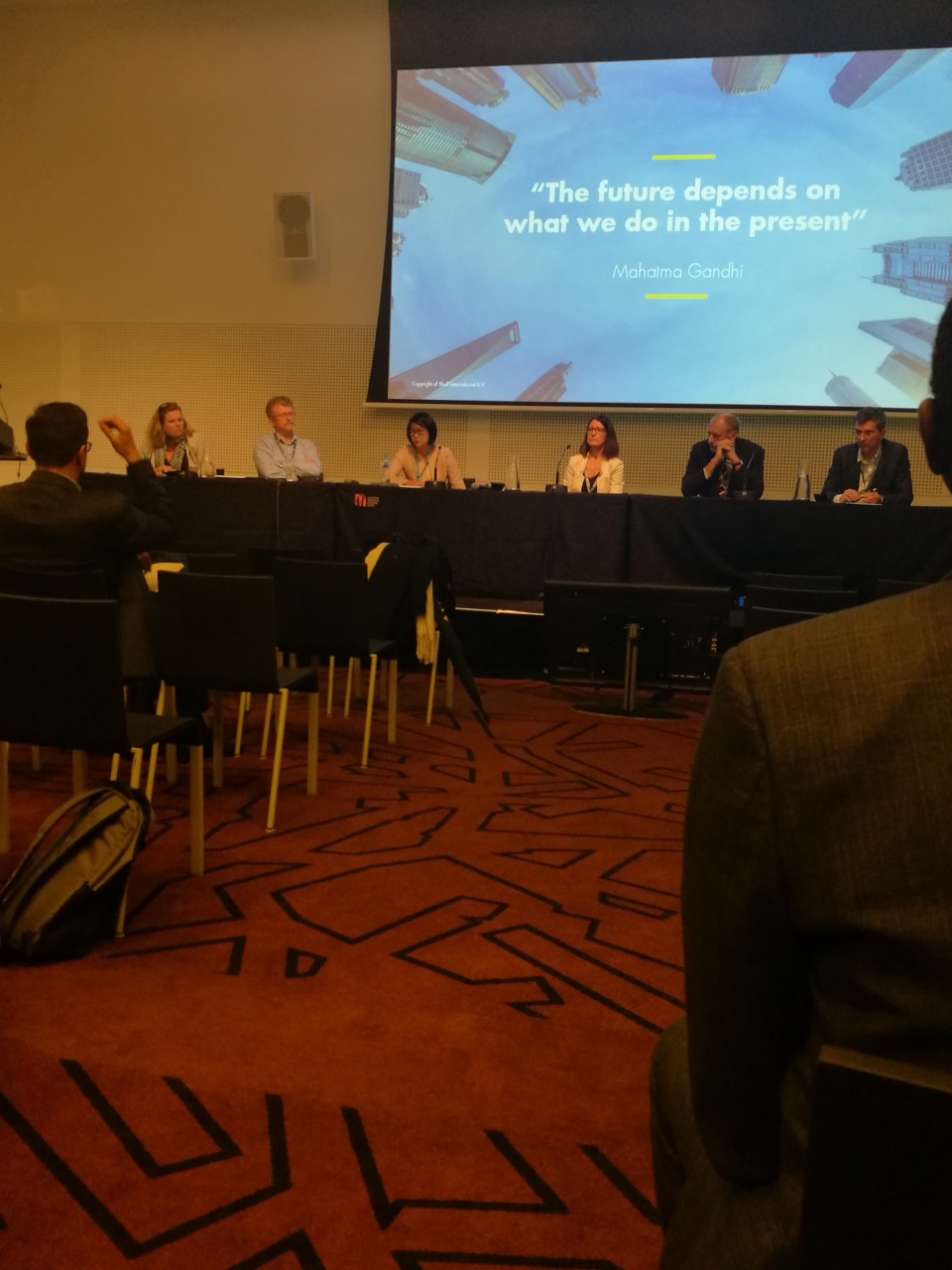